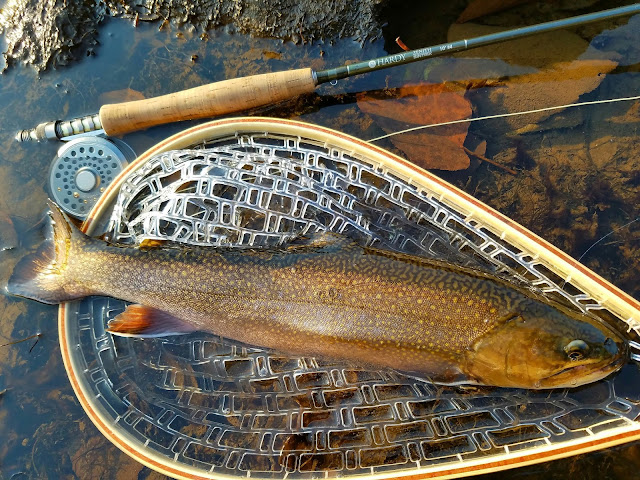 Saturday morning John and I decided to try out the new DH section of the Tuck at Bryson City.  Our cabin was just five minutes away, so we hit the water and had the whole river to ourselves.  I quickly made my way downstream fishing a big rubber leg stone fly.  I didn't have much luck, so I tied on 6x tippet and put on a lightning PT, that I had tied not long ago.  I got in to a few fish rather quickly, high sticking some runs.  I then started swinging the fly at the tail-outs and began hooking up more frequently. Then I caught the above brookie, which is the best looking brookie I've caught in a DH stream.  Sure, I've caught bigger, but none so pretty.  I moved to the next run and started catching fish on about every cast.  I caught about 30 fish and suddenly the river was flooded with anglers, including a bunch of drift boats.   I got out of the river.  30 fish in two hours, and I was ready to call it a day!  John had made his way down to the area where I caught the big brookie. I pointed out the spot where the fish were holding, while I took a seat on the bank.  John started hooking fish on just about every cast.  Then, he got into a nice fish.  I played guide and netted the fish for him. Ugly as heck, but a brute: 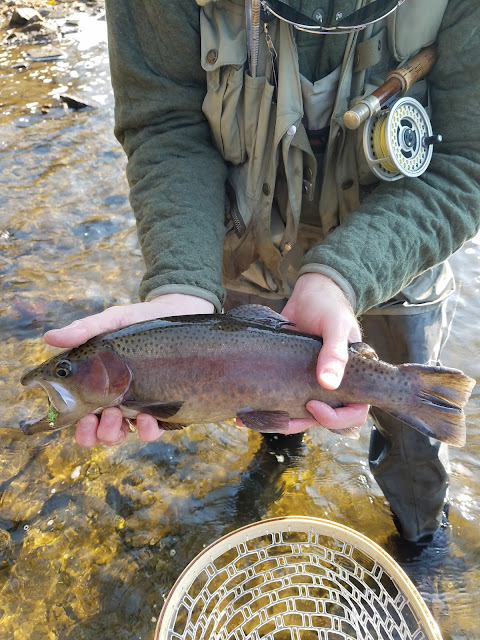 We had caught about 50 fish between the two of us in 2.5 hours, and it was getting rather crowded.  We jumped in the truck and headed to the fly shop in Bryson City.  I got some new fly line, a cup of really good coffee, and we decided to try a spot on an island near town.  We got there and the good water was taken.  We went as far away as we could get.  Once again, the fish were thick in the shallow riffles.  We fished for another two hours, and caught at least another 50 fish.  We then went to the local brewery and watched football and drank beer.  The beer was great.
We didn't have to fish anymore, but we decided to regardlesst. This time we went all the way to the top of the DH. It was getting dark, and the fishing slowed down significantly.  I caught a nice brown and a large rainbow, and we called it a day.  A wonderful day of fishing! 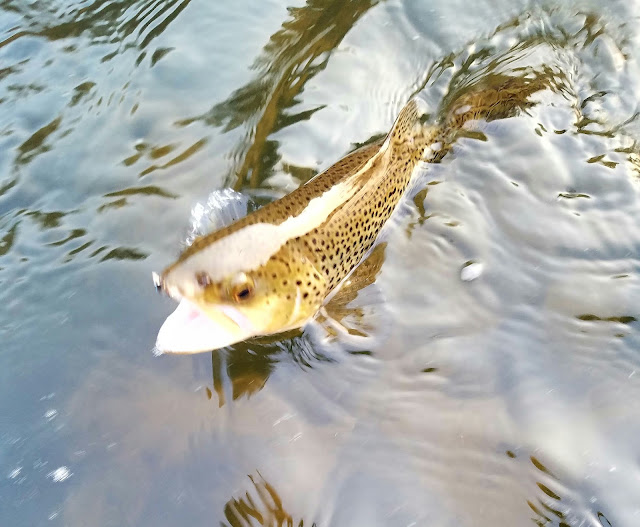