Day 1: I left Chattanooga early Friday morning and made my way to Elizabethton, TN.  I met up with John and Brad at a city park, and we rigged up to fish the Watauga River. I had fished the Watauga once before a number of years ago and got skunked.  I rigged up the 4 weight 10 foot rod, and put on a couple of small nymphs.  I picked out a nice run and landed 4 nice bows within about 30 minutes. I then moved down stream quite a ways.  Nothing going down there.  After a couple of hours, it was time to go.  John had a slow day, but landed a 17 inch bow.  Brad had done well - catching a large number of rainbows.  We then went to our cabin on the SoHo - we fished the slow water for a few minutes, but couldn't get any action. 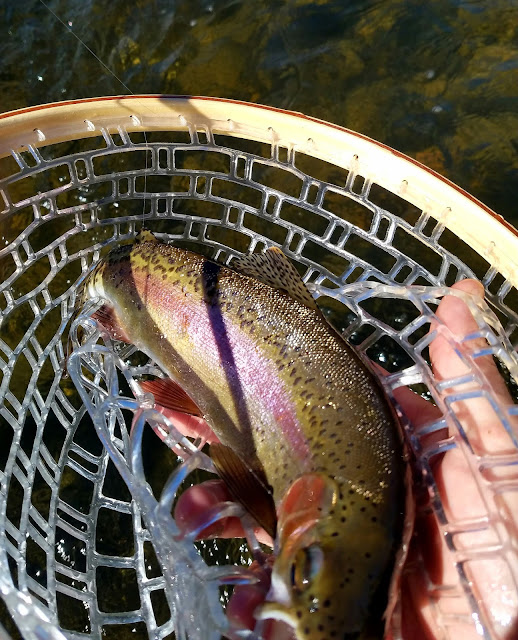 Day 2: John and Brad fished the Soho for a few hours in the morning.  "Roaster JAD" formerly known as "Doc" had arrived Friday evening with a new boat. After some debate, and despite no flowing water, we decided to try to float it down the South Holston.  I tried small flies to begin with, and then switched to a huge circus peanut I had tied.  I immediately got a chase from a big brown. I continued fishing the big fly for a little while, and got a few more follows, but no hook-ups.  We had fun, but it was a tough float without any water.  John and Brad had caught a few; though it was slow-going for them as well.

Day 3:  It was cold Sunday morning - our floating options were basically non-existent, so we hit the Watauga in Elizabethton for a few hours of fishing.  I had tied up two flies Sunday morning - a small purple midge, and a small frenchie.  The frenchie caught 3 bows rather quickly, but then the action slowed down.  JAD broke his rod right when he started - it wasn't looking good. We switched locations and again it was tough fishing.  I managed to catch a nice bow right before we left. 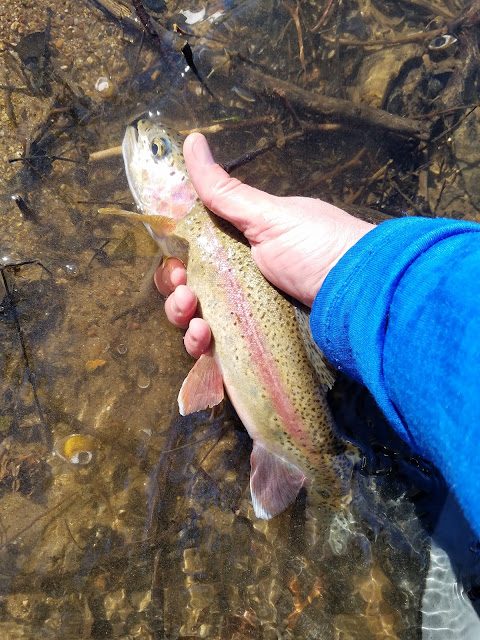 A little slow, but managed to catch a few on some new flies.  The fish were stacked up at the stocking points, which I avoided simply as a matter of principle! 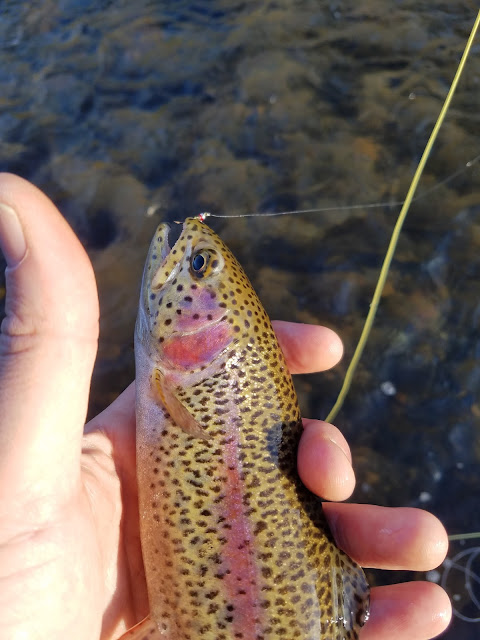 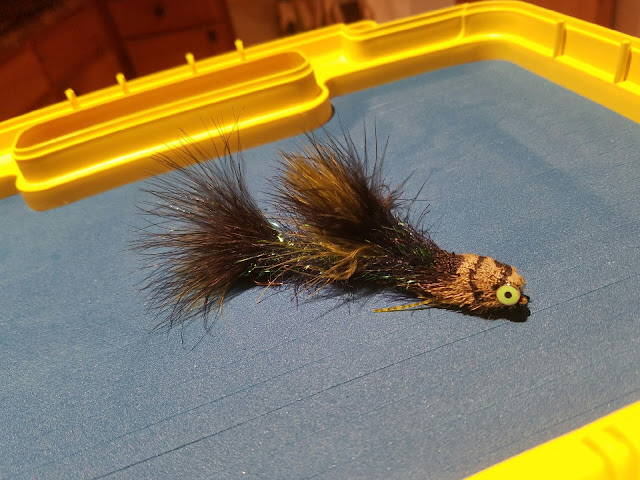 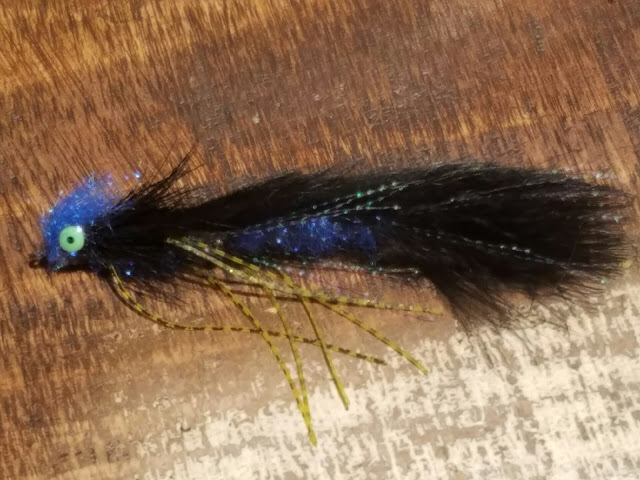