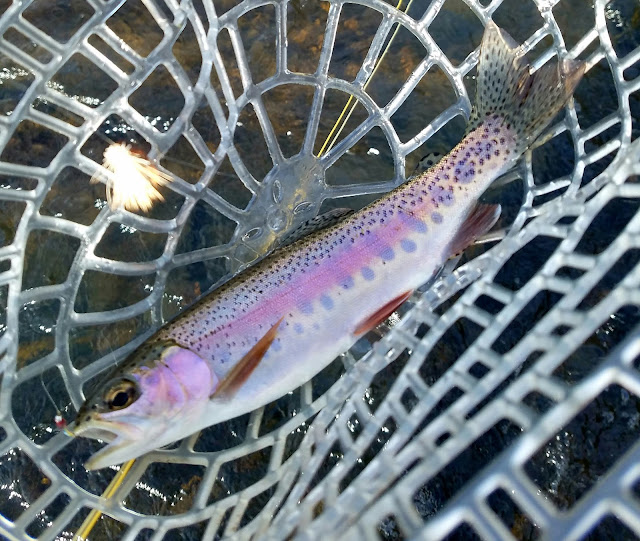 I met up with John at the McDonald's in Murphy, and then drove on up to Fires Creek.  We parked at the bottom and scouted for a few minutes. The water was extremely low, and there were tons of visible fish.  I started out with a big red soft hackle type of fly I had tied the night before and got into a few fish. I moved up to a pool that John was fishing. No movement to the water, and a lot of fish, but they were tough to catch.  John caught a nice brown, and then I moved up stream.  Although we saw a lot of fish, they were easily spooked.  We caught about 10 between the two of us - which is far fewer than we should have caught. 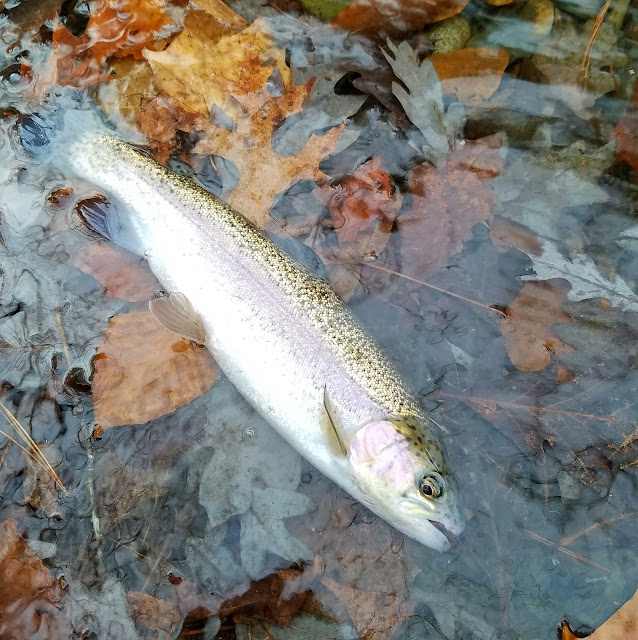 We then grabbed lunch and headed down to the Hiwassee. I was excited to try to catch some wild fish.  We fished for an hour or two and did pretty well. I love those wild fish (see first pic above).