Wild Bow on the Toot 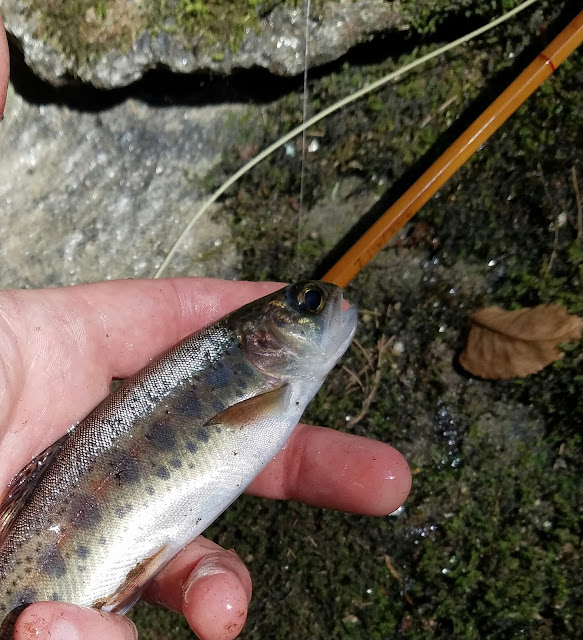 I took an hour and went up to Noontootla on Sunday with my new stick.  The water was lower than I've ever seen it, but the weather was beautiful and there were a few fish to be had. 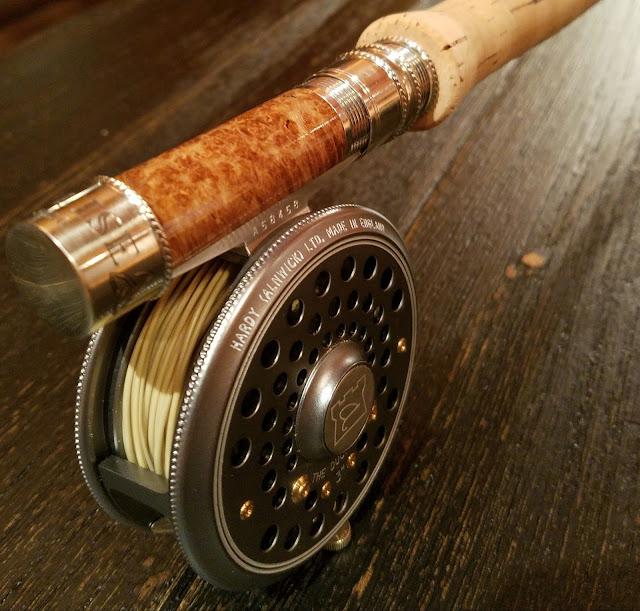 Finished up the bamboo project in Blue Ridge late Saturday evening. I paired the rod with a Hardy and it looks good to me.  I'll try it out fishing tomorrow. 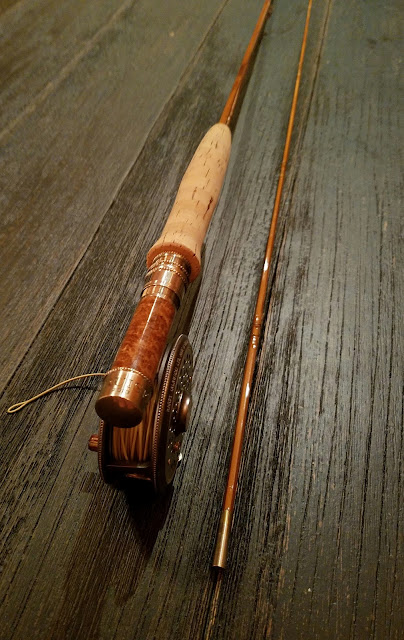 On the Vise: Crane Fly Larva

I did not have the materials to tie this fly properly; however, I made do with what I had and came up with something that I think will hunt. 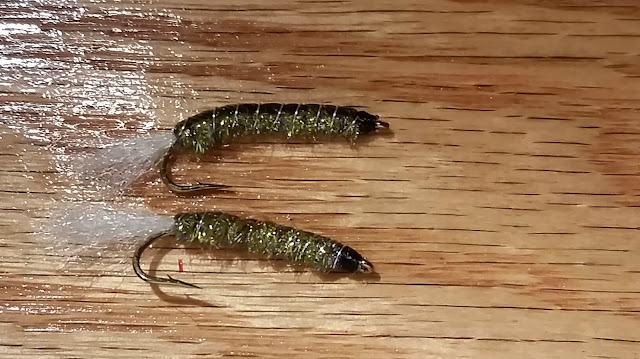 The Toccoa tailwater has been pushing a little bit of extra water lately due to an issue with the dam. I thought since I was going to be in Blue Ridge over the long weekend I might give it a float.  I set up my one man toon the night prior and set the alarm for 5:30.  Just before going to bed, one of my kids got sick, and my wife suggested that perhaps going fishing in the morning was not a good idea.  I turned off the alarm.  Around 9:00 a.m. the next morning our oldest was feeling okay, so I got the yard pass. I had everything rigged up - I went down to Tammen Park and prepared to launch. I was surprised - the water did not seem any higher than the normal zero generator flow.  I talked to some folks at Tammen and was advised the water was low.  I had come too far not to fish, so I put in.  I wanted to get away from the crowds so I paddled on down towards the first really good spot.  There was a canoe with three bait chuckers anchored up pulling fish after fish, and loading them on a stringer.  I saw a couple of nice fish, but decided to keep floating. I was also nervous that if the water really was at normal zero generator flow, I would end up on the water for 8-9 hours.  I floated and fished for a while and got nothing.  I started with a big western stonefly pattern that I picked up from Montana.  Not even a hit or a chase. I then switched to a big ugly streamer that I had tied the night before.  Still, nothing was hitting as I floated and fished.
About 2 miles into the trip I stopped at a nice riffle and tied on a black streamer type pattern I tied a while back.  I immediately caught a small brown. A few casts later I caught a 14 inch brown - a nice fish.  I then moved on down to another nice run.  I started getting strikes on my black streamer, but missed a lot of nice fish. I got a few more to hand, but lost some really good fish.  I then decided to start making time, and paddled my toon down until I got to the golf course. I lost a few flies floating and fishing, and ended up with a big wire stonefly on the end of my line, and landed a few more.  I ended up with a 1/2 dozen - all browns.
The fishing was slow, but I had a good time.  It turns out, the water was slightly higher than normal, as I made it the whole nine miles in less than 6 hours and never once had to drag the toon.  I only stopped to fish two or three times.  I'm looking forward to the Fall on the Toccoa Tailwater.