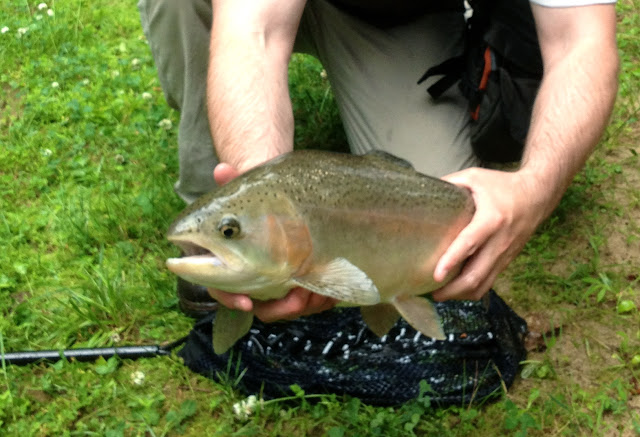 Got to fish for a few minutes this morning outside of Blue Ridge while spending a great weekend with the wife in a cabin a few minutes from the upper toccoa.  Blue Ridge has become an amazing town.  Friday night we had outstanding pizza at Blue Jeans.  Saturday, we spent the day in Blue Ridge enjoying good wine and the best beer I've ever had on tap.  High gravity beers on tap, including a quad ale, are rare in Chattanooga.  We concluded a nice day with dinner at a splendid restaurant on the Toccoa River.  Sunday, we hiked to a nice waterfall. The wife gave me an hour on a small stream which resulted in a couple of gigantic bows.  The perfect end to a wonderful weekend. 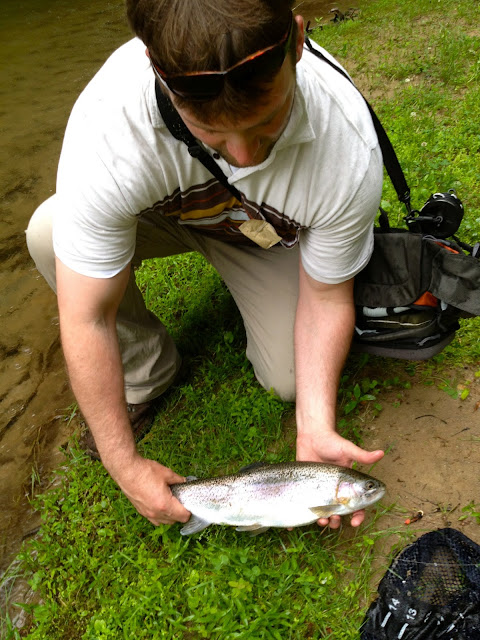 SoHo on the Fly 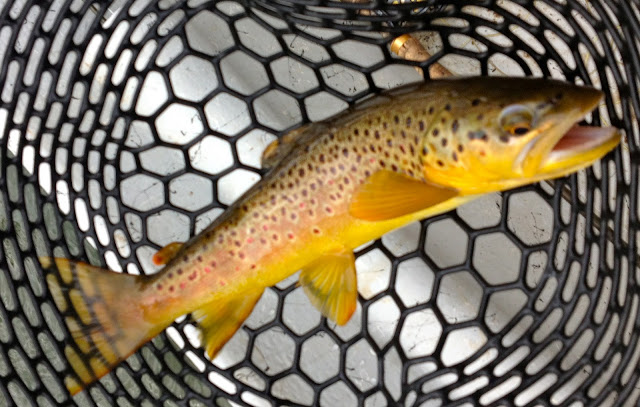 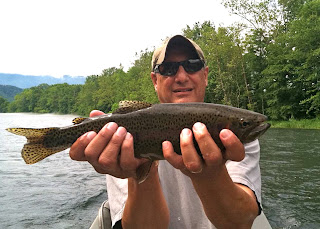 I left Chattanooga at 9:00 p.m. on Wednesday night, and arrived at a cabin on the SoHo at around 12:30 a.m.  My neighbor, Double L, had arrived a few minutes earlier.  We woke up Thursday morning and met our guide around 10:00 a.m.  We put in near the Weir on the SoHo, and started fishing around 11:00 a.m.  Double L hooked up with a nice bow right at the beginning: turned out to be a very nice fish on 6x tippet.  Things got slow for a little while, but we started picking up bows and browns on a double nymph rig for the next few hours.  After lunch, the sulphurs started coming off, and I switched to a 4 weight G. Loomis.  The scene was spectacular; browns and bows rising all around us.  Up until that point, Double L was killing me in terms of catching fish, but once the dry fly hatch started, I picked up my game. I started ripping out 60-70 foot casts and sticking browns on the dry fly.  Tons of fun.  I was up to about a dozen fish, and fully satisfied.  The hatch stopped about an hour later, and we went back to nymphin.  Double L started sticking a few fish after the hatch stopped, and hooked into a beast that he fought for at least five minutes. The fish eventually ran down stream and we couldn't do anything about it.  We ended the day with about 30 in the boat, and at least 10 that we lost, not to mention missed strikes.  It was an outstanding day, with an outstanding Guide.  I didn't catch anything really big, but I caught a number of 13-14 inch fish, with the vast majority being wild brown trout on a dry fly.  I can't wait to fish the SoHo again! 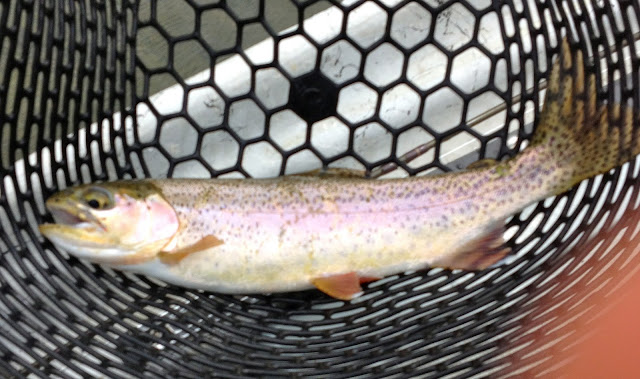