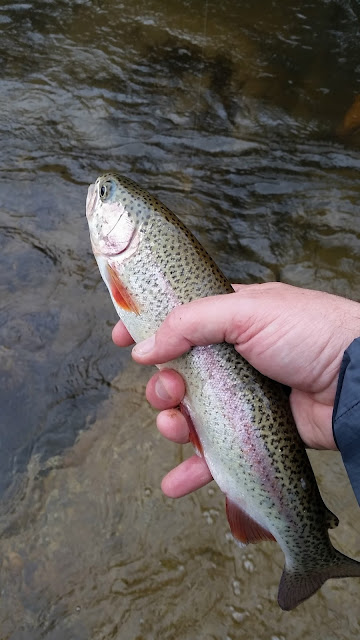 After going to Church on Easter I wanted to hit the river again.  I had about an hour and I made the most of it.  I was able to wade out to my favorite area on the river.  I immediately got into some fish.  The fly of the day was a frenchie around a size 16. I was actually using a two nymph system to get the fly down, with the frenchie as the bottom fly.  I fished the same set-up for the entire hour. There were some quality fish - I ended up with  about a dozen in an hour, including one that was around 15 inches. I lost a quality fish after a long fight. The fish jumped out of the water 6 times and I just couldn't muscle him out of the current.  He finally jumped a 7th time and spit the hook. With my 4 weight rod and 6x tippet, it was a losing battle.  Still, a great hour of fishing.  Nobody else on the water made it even more enjoyable. 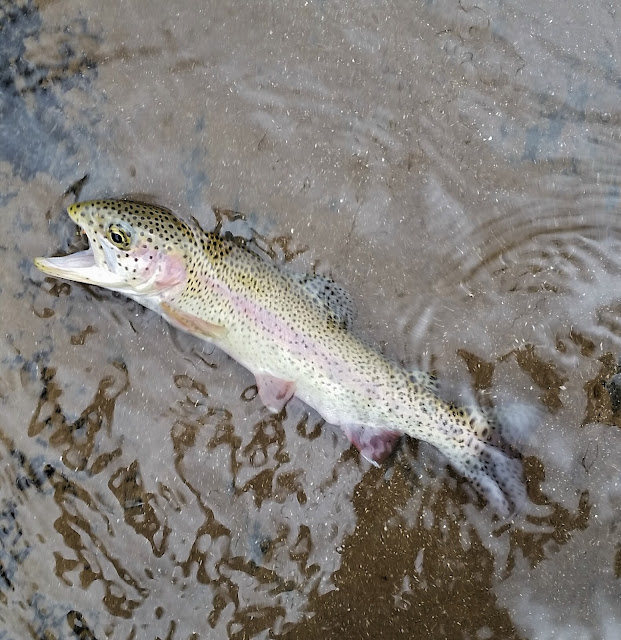 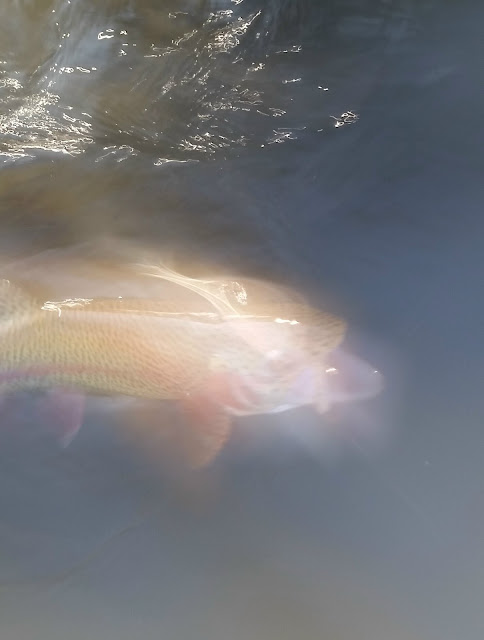 I was able to head over to Blue Ridge after lunch on Friday.  The weather was perfect.  I got to Blue Ridge around 3:30 and rigged up my four weight. I made my way over to the Toccoa DH at the lower end.  There was a guy fishing a favorite spot, so I went downstream a ways. The current was the best I've seen it in months: around 550 cfs.  High enough for some deep runs, but low enough to wade as long as you're careful. Right before I started I chatted with a guide who had just floated the river. He said the fishing was slow, and the only thing working were egg patterns and psycho prince style nymphs.  I got on the river and started with an ultimate warrior - a big prospecting pattern I've been using with a lot of success. For whatever reason, the fish weren't liking what I was offering.  I made my way down river and in spots I normally catch fish, I was getting nothing.  As I worked my way down I switched up to a double nymph rig. On top, I tied on a pink nymph, and then dropped a frenchie on 5x tippet.  My leader was about 12-13 feet long.  I got to a spot and suddenly the fish became active.  I got about 6 to hand, then the fishing slowed.  I got out of the water and went up river a little ways.  I waded across and started high sticking some runs.  High sticking wasn't getting me any fish, so I started casting and dead drifting the nymphs like a streamer.  I ended up with another half dozen to hand, and then called it a day. The fishing was a little slow, but productive nonetheless. 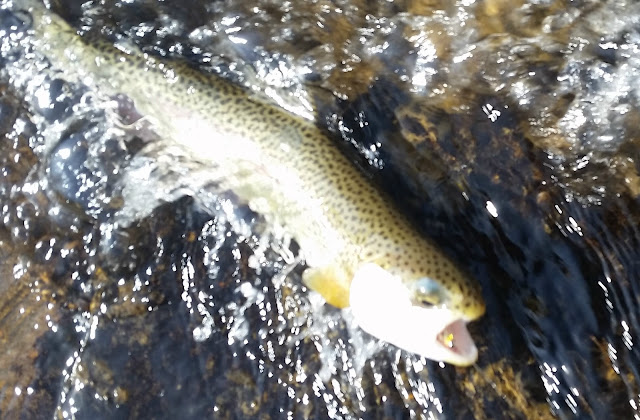 From the Bench: stone fly 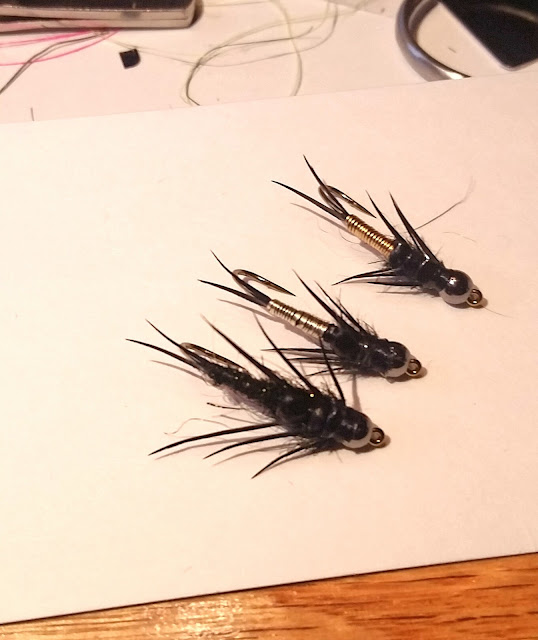