The GUBNA
I got to the river at around 1:30 to meet up with Streamer Rob (Strob) and Doc.  They had already done some floating and fishing, and did very well using stonefly patterns.  Doc landed a 12 inch brown before I even got there.  We started at the boat-launch, working down to Towee on a short float trip. Stoneflies were hatching all afternoon, with a few bwos mixed in for good measure. We caught about 30, including a number of quality fish in the 13-15 inch range. We didn't get any pics, but Doc has some video.

DOC
Streamer Rob and I got the boat in the water a little after 11am and saw fish rising on the far bank from the powerhouse ramp. It took me a little while to figure out what they were eating, but after tying on a little BWO emerger I was into fish. I had 6 fish to hand in about 1 hour of fishing. Half of them were on my Junk Yard Stone size 10. The others were on a CDC BWO emerger that I tied....size 18. Since we were still at the ramp area we decided to row back across on wait for the Gubna. We were back in the water around 1:30 with a full boat. The stone and BWO emerger combo shutdown in the afternoon. I was skunked the rest of the afternoon, but the Gubna and Streamer Ron picked up several fish on buggers and streamers. 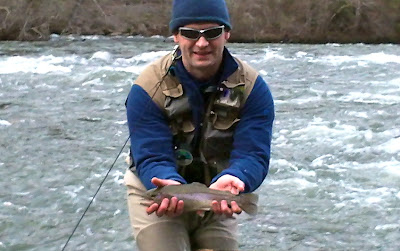 I met Doc at the HI after taking care of some business in Knoxville.  I didn't get there until about 5:30 p.m., but we managed to fish for a little over an hour.   I landed a nice bow; one of the better fish I've caught on the HI.  Doc caught a couple of nice browns, including one on his homemade articulated stone fly pattern.  Doc also explored a new creek prior to meeting me at the HI. I'll let him fill in the details and perhaps post a pic or two.  We plan to return to the HI next week for a float trip. 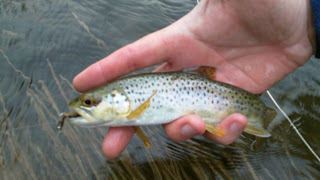 This was my first outing of 2011 and I was really wanting to explore an area I had been looking in Google maps. So before meeting up with the Gubna I headed into the Big Frog/Cohutta Wilderness area. This stream has a borderline elevation for wild trout, but the headwaters are over 3000ft. I was optimistic that there might be some fish to be found, but I was mainly just scouting. 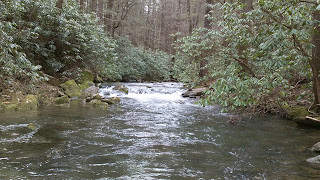 I arrived at the wilderness boundary at noon and was very pleased at the look of the water. Some very deep pools preceded by long riffles. I rigged up and decided to throw a SH squirrel nymph from the bank just to get a feel for the water and see if I could spook a fish. The water was a little high from the recent rains, but I didnt see any activity after 30 minutes of fishing, so I decided to keep driving up higher. I went a few miles upstream and got out of the car to put on my waders. Unfortunatly, I forgot that my rod was sticking out the back window and ended up breaking the tip off. Not a great way to start 2011. I ended up fishing downstream for about half a mile without seeing any fish. I also saw very little bug activity....even under rocks. I'm not completely giving up on this stream yet. The next trip probably needs to be even further back into the wilderness area. 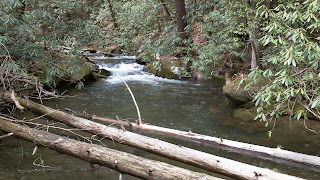 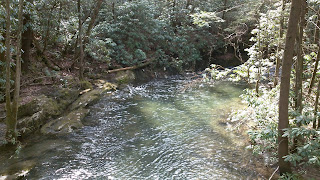 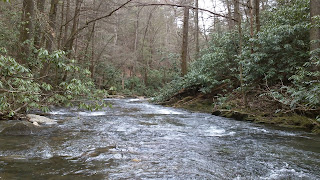 The following is a list of books I’ve read (with reviews) during the last year concerning fly fishing.