I just started tying flies a couple of weeks ago, and I'm hooked!  I happened to come across something called a TyWheel.  It looks awesome.  Check it out: TyWheel 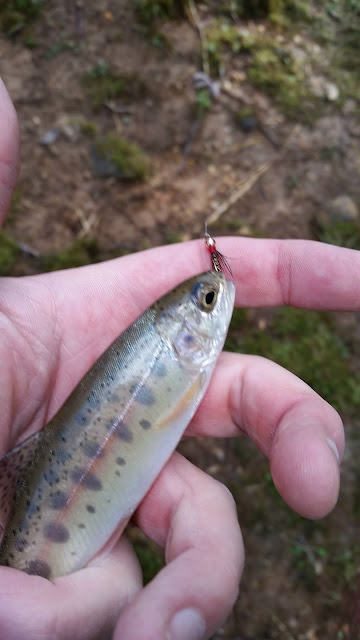 It was a cold weekend.  I spent some time tying flies and decided to try a few of my patterns out on the water. I had low expectations. The Toccoa DH is still too high to fish.  I hopped in the truck and made my way towards Noontootla; however, on the drive up I spotted a small stream I've always wondered about.   I knew there was a little bit of forest service land on this creek, so I parked just off the road and rigged up.  The water was high and I wasn't sure if there were trout in this stream.  Much to my surprise, my flies worked and I caught a handful of very small wild bows.  The creek was beautiful, and because it's not more than 10 minutes from my cabin, I'm sure I'll be back.
The next day I drove up to Noontootla. It had snowed a little bit the night before, so it was cold.  I spent an hour or so on the creek, but only managed two small bows.  I guess there's a reason some folks don't fish when the temps are around freezing.  Nevertheless, I enjoyed my time on the water.

I had to start the new year out right, but the weather was not really cooperating.  Granted, the actual weather was fine, but the huge amounts of rain in the week or two prior to the New Year had flooded the area around Blue Ridge.  The Toccoa at Dial (the DH area) reached somewhere close to 10,000 cfs just a few days prior.  Normal wading is around 400 cfs.  The river was running close to 3000 on New Years, but I thought I'd stop by and check it out. I tied on a little bugger and threw some line out.  I caught a decent trout on my 5th cast. 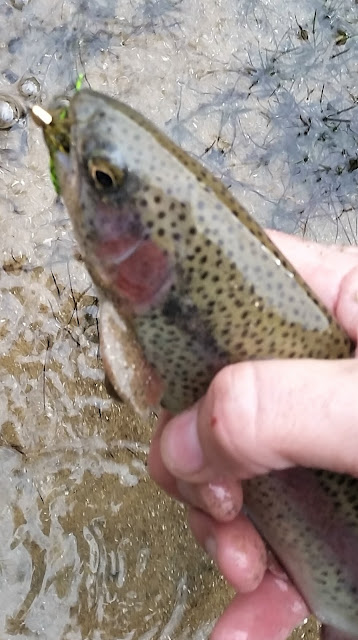 That one bow was enough for me on the delayed harvest of the Toccoa River.  I wanted to fish Noontootla where the water might be a little lower.  I drove up the FS road and was surprised to see some other people fishing, and a fair number of campers. I ended up fishing near 3 forks, a little higher up than I normally fish.  The water was raging pretty good, but still wadeable. 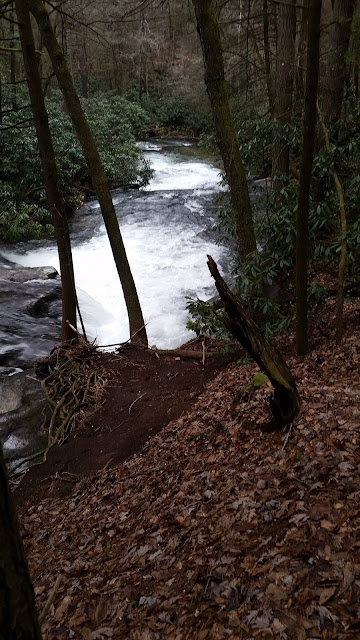 I rigged up a couple of heavy flies and started highsticking. I immediately hooked into a nice small bow.  Then I moved on down stream and caught a nicer wild bow.  Beautiful fish! 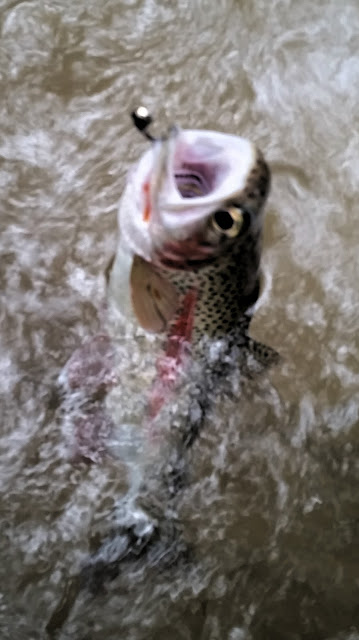 I fished a little while longer, but only ended up with a couple to hand. Still, it was a wonderful trip considering the circumstances. That evening, I decided to tie my first fly. What a challenge. It didn't turn out very good, but you have to start somewhere! 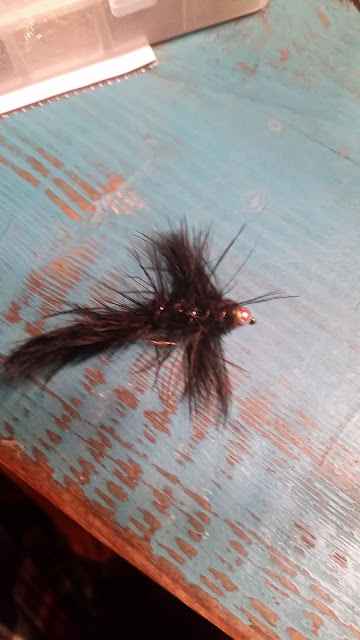