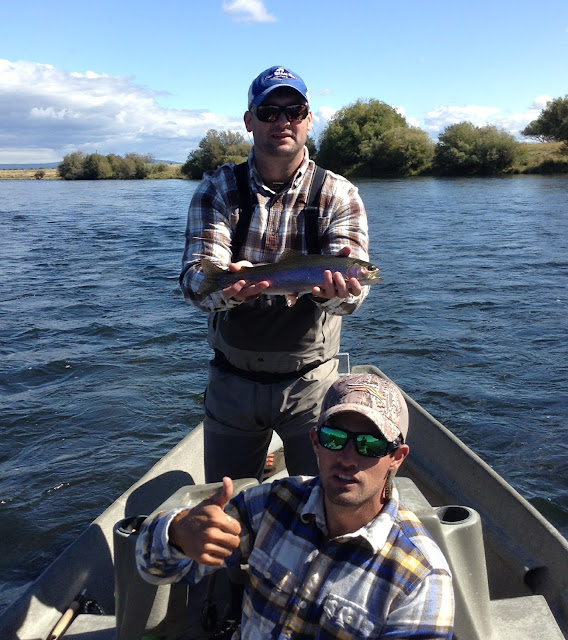 September 25, 2017:  We met up with Kory from Blue Ridge, Georgia, in Ashton, Idaho around 10:00 a.m..  Kory said The Henry's Fork was not looking good - it was a blue sky day, and nothing hatching.  I asked if we could give it a go, because I've always wanted to fish the Henry's Fork.  We ended up fishing for about 2 hours, and realized it was time to try something else.  I landed 7 fish, including one nice rainbow at about 16 inches (see above).
I met Kory years ago in Blue Ridge - he's a great guy and an outstanding Guide.  We packed up and he took us to the South Fork of the Snake.  We put in late, but he had a plan. We immediately started getting fish. My dad landed around a dozen, and had some nice fish that broke him off.  I landed a good number of fish. Towards the end of the float, as it was getting dark, Kory asked me to chuck my articulated streamer.  I started pounding the bank, and after about 20 minutes, it hit!  My rod and line went tight - I strip set, and then the fish launched out of the water. It launched two more times, and I figured it was a rainbow.  Turned out to be a 20 inch brown - a beautiful fish! It was dark, and the boat was rocking, so we didn't get any good pictures, but it was absolutely awesome catching that big brown throwing the meat. 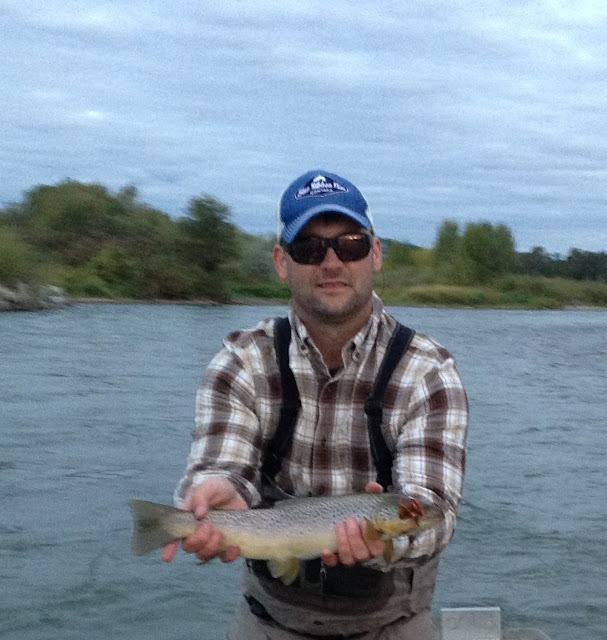 I have to say, Kory Chastain is the best guide I have ever had the pleasure of fishing with.  He worked extremely hard to put us on fish, and he is about as patient and friendly as they come.  I really enjoyed the trip, and my dad did as well.  If you ever get the chance to fish with him in Idaho or in Blue Ridge, Georgia, I highly recommend him.

New comments are not allowed.