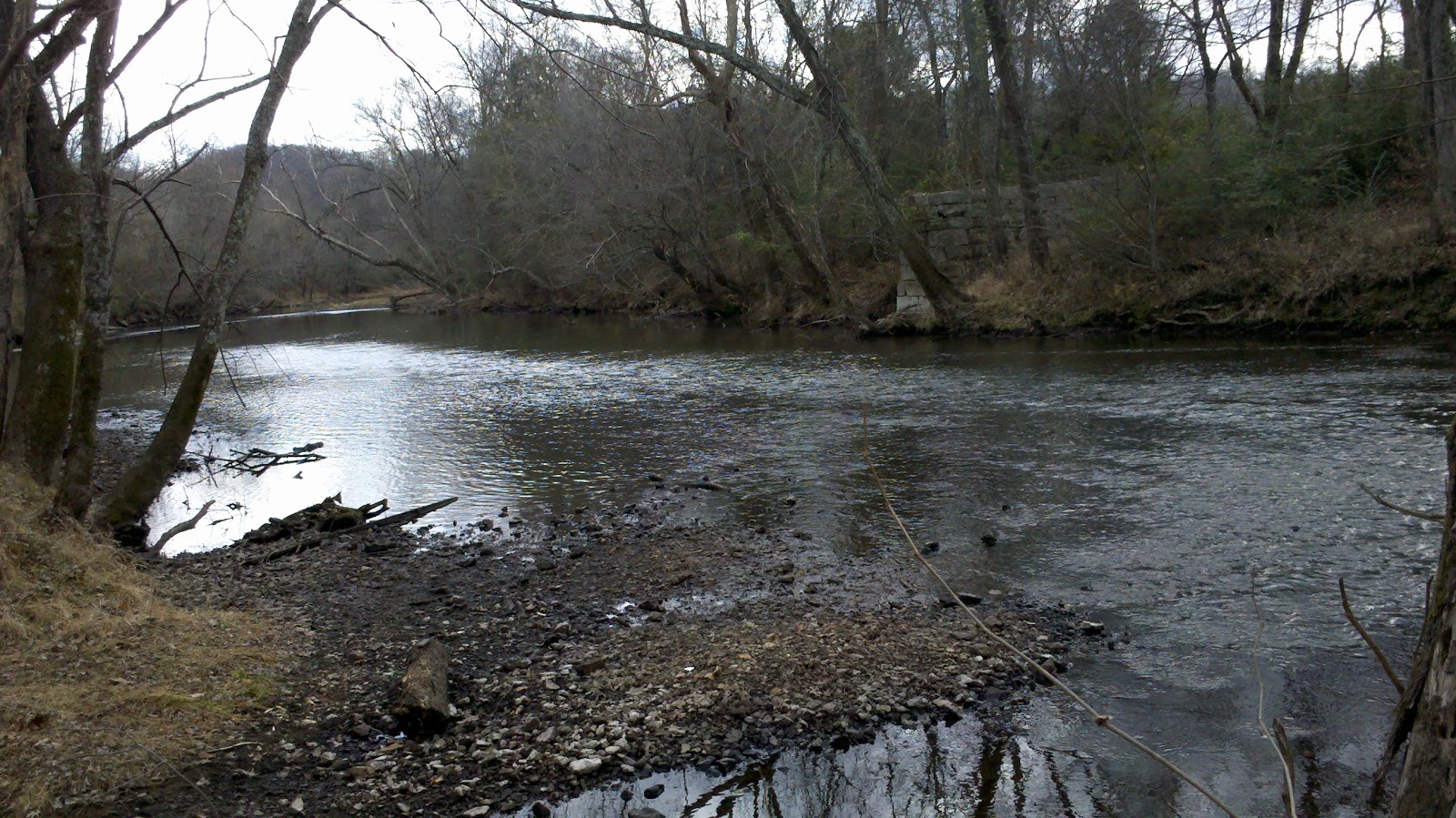 I arrived at the parking lot @ 2pm, popped open the trunk and untucked my dress shirt. It was a Tuesday afternoon in December with 70 degree weather and I was rigging up my rod to fish.....life ain't half bad.  I didnt have any beer and I was fishing solo, but other than that it was a great day.


I had to be in the Nashville area for work and was hoping to sneak in a hour or two of fishing on my way home. The forecast was sketchy and the Elk is blown out for awhile while TVA draws down Tim's Ford Lake. I was starting the think my only option was going to be hitting up the some of the marginal creeks that TWRA decides to dump fish in December-February, but then I remembered the Duck River. I had never been there and its a tailwater.....well barely. Its doesn't stay cold enough for trout to survive the summer months even though it is fed with water from the bottom of Normandy Reservoir. I suspected it wouldn't be great, but it was my best option. I was able to wrap up in Nashville a couple of hours early which put me on the water by myself. I started off right below the dam and on my second cast I hooked up with a TWRA cookie cutter bow. I was fishing a double nymph rig but the fish took the bottom fly....a purple bodied PT size 18. 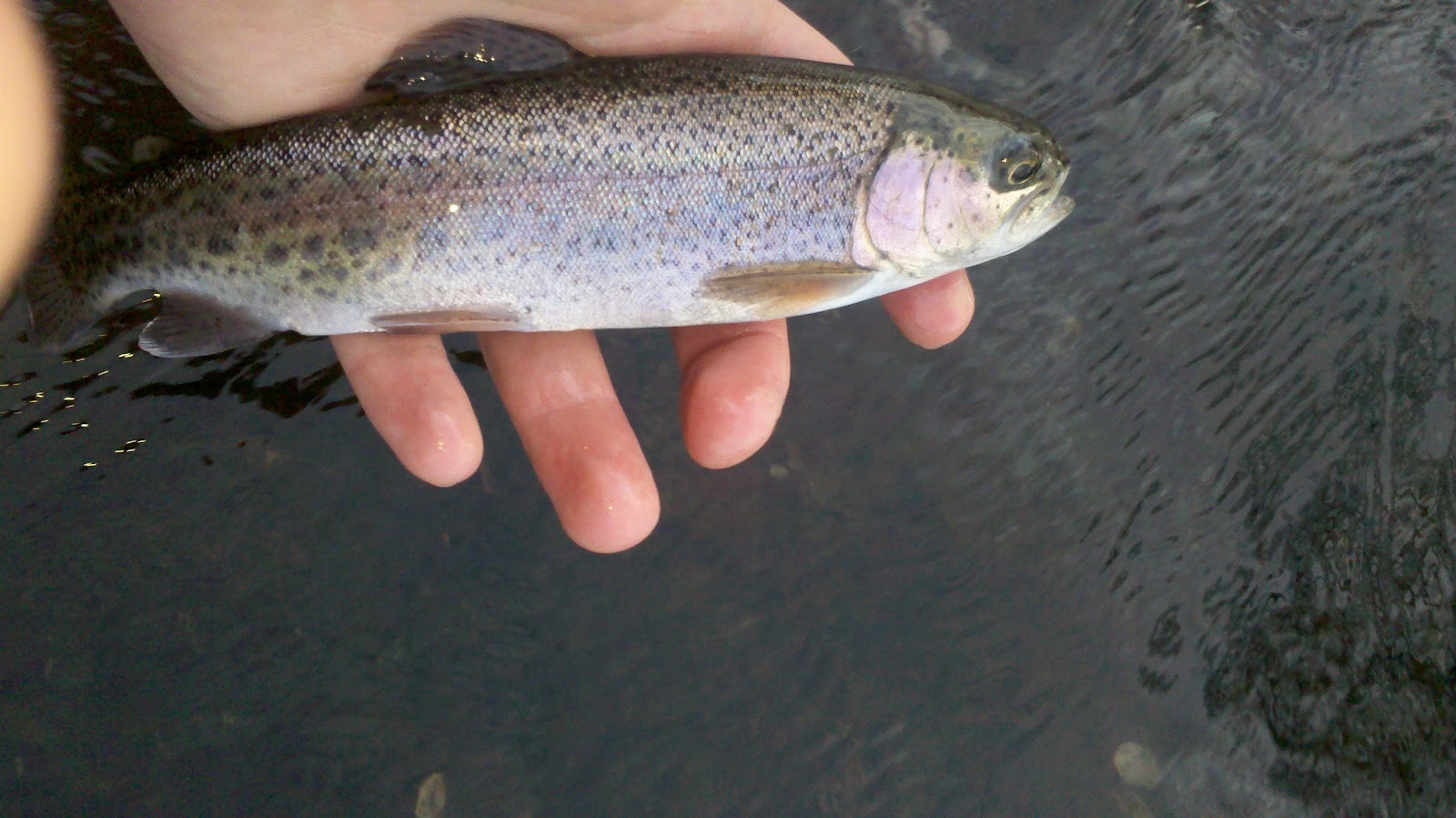 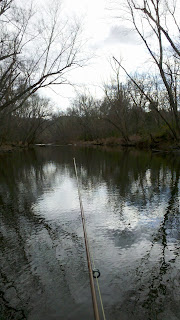 30 minutes later I had fished maybe 30 yards of river   and had brought 3-4 fish to hand. All bows and all on the purple PT. I broke off the PT and switch to a Hare's Ear just to experiment. It was working as well as I land a couple of more small bows. I had worked my way down to the first bridge and there were several deeper holes with little to zero flow. There were a few decent fish rising to midges on the far side of the river. It was too deep to wade and there wasn't enough room to let out enough line to get to the fish. If there had been more flow(TVA was letting out 50cfs) I think I could have drifted into their feeding lane, but after a few fruitless roll casts I decided to keep moving downstream.

The weather was darkening and the wind was picking up. I hiked downstream and found a nice riffle tailing out into a deep pool. I tried the midge that I had on but after a few cast I decided to switch back to a PT. I tied on a standard soft hackle PT size 18. I start landing fish almost immediately.....still bows and still 6-10 inches. The wind was really howling now and it had began raining. I considered heading back to the car, but this was a good day and I wasn't leaving until the fish quit biting. I realized I was beginning to resemble Bishop Bickering in Caddy Shack.....yes this guy. 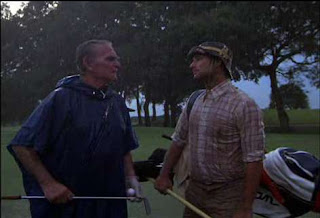 It was far from my best day on the water, but I was catching fish and was the only guy on the river during  a storm and that's one of my favorite scenes from the movie. Back to the fishing....I was landing a fish at the end of almost every swing. The last fish turned out to probably be the best one of the day....maybe 12 or as one of our local stream reporters commonly writes "a nice 12 inch rainbow". 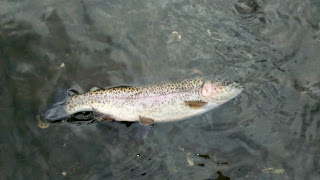 All in all I can't complain about the Duck too much.....its very similar to the Elk with better structure, but without yearly water temps to make it a better river. I had obviously arrived soon after a TWRA stocking truck. Every fish was practically the same size.